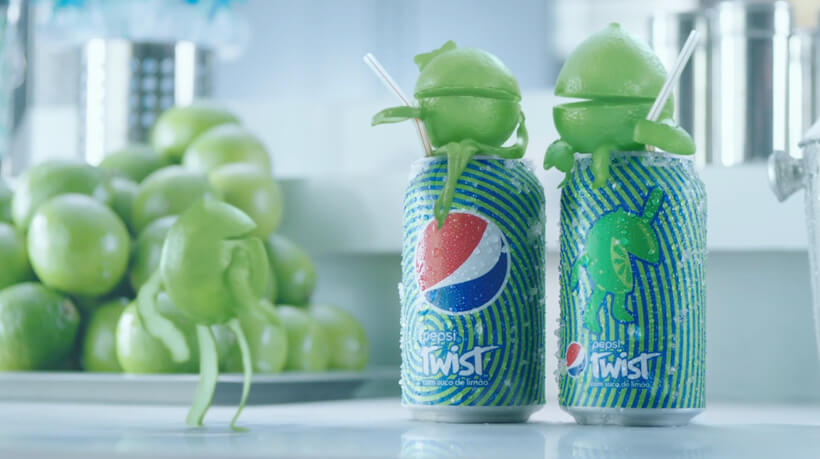 The return of the PEPSI® TWIST™ lemons

Bring to a new reality the characters that were a huge success in the last decade. That was the challenge of MSLGROUP Espalhe, responsible for bringing to the digital world the PEPSI® TWIST™ lemons, which have become symbols of the soft drink.

In the campaign “If the world is boring, give it a Twist” the lemons returned after seven years from the refrigerator and were surprised by a scenario of curious behaviors such as gourmet mania, craze about selfie sticks, requests to play online games, spoilers, among others. So they decided to counter these annoyances on internet, celebrating the uncommon sense. Therefore, to be part of this new reality officially, the characters gained profiles on social networks like Facebook, Twitter and Youtube with which they comment some news, videos and articles of the moment and interact with the public.

The MSLGROUP Espalhe also created a series of three films featuring the lemons to be launched during the campaign by the end of April. The ad pieces follow the concept of resistance to the boring world, playing with the annoying behaviors and valuing genuine attitudes, which are increasingly rare. The idea is to enhance the authenticity and differences, emphasizing that they make the world more interesting and fun.

In addition, the campaign had teaser actions that anticipated the return of the characters, like a tweet campaign that led the #omundotachato (#TheWorldIsBoring) to the world trending topics on Twitter and was summoned by the singer Anitta.